I love exploring old abandoned farms in Kittson County. Farms that provided a home and an occupation during the forties and earlier.  Many of them look as if they just packed up and left the buildings and never looked back.  Some places get the grass mowed and some even get the lawns trimmed, but most age rapidly in the wind and rain and hot sun. 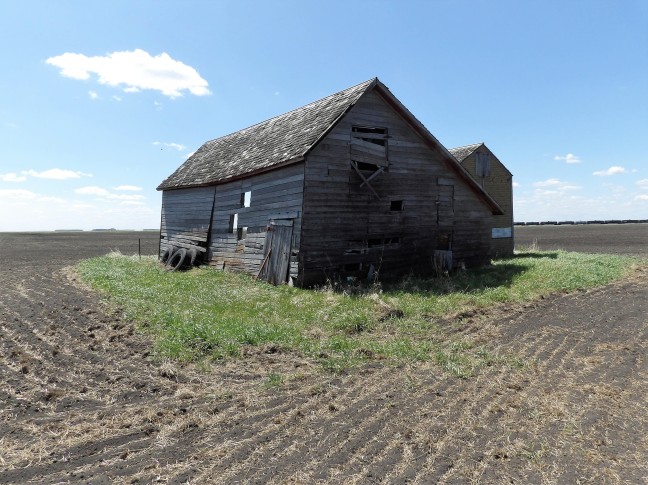 The buildings served a multitude of purposes, from storing equipment, sheltering animals to storing grain. These buildings at one time were part of the farm yard but now even that land is being cultivated. 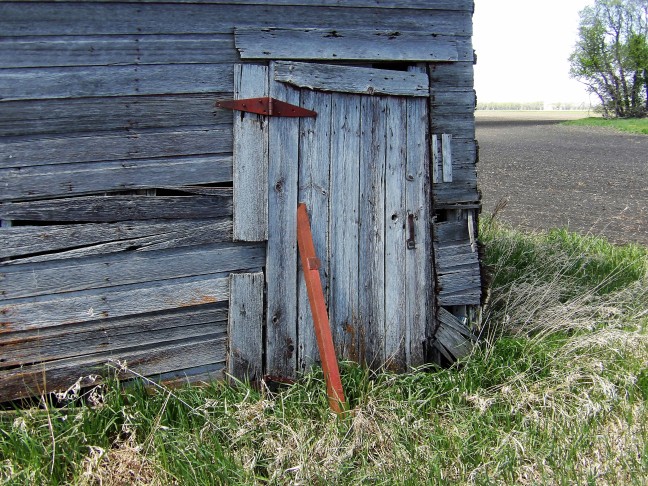 The door has sagged to the point the latch no longer works so a chunk of iron secures it from the strong prairie winds. The blowing dirt slowly builds up around the shed and in turn the grass grows with it. Its now to the point the door can no longer open. 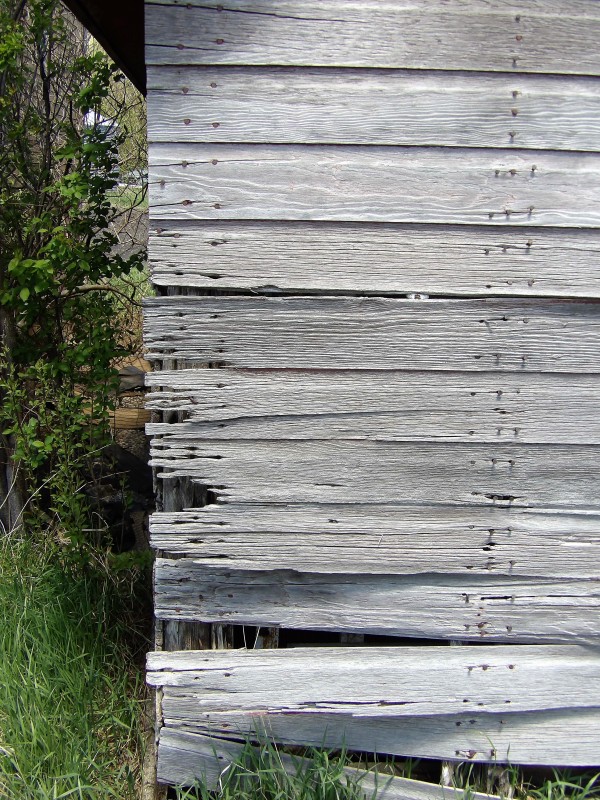 This corner of the building is fully exposed to the strongest sand laden winds which have slowly chewed away at the boards. The lower boards are protected by the grass while the highest boards sit above the worst of the sand. Mother nature is relentless. 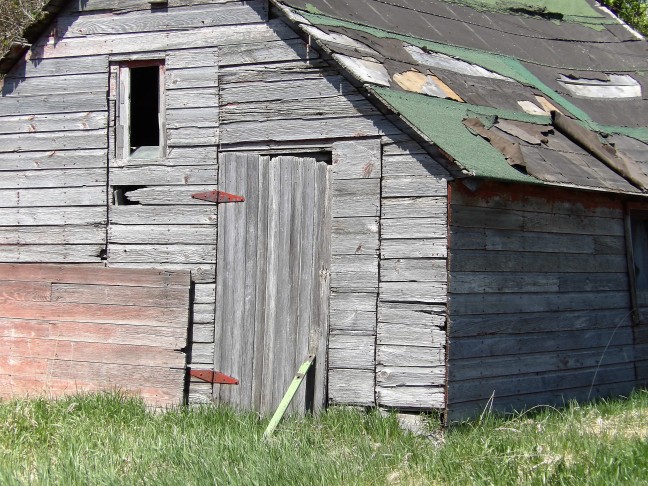 This is another old building which appears to have had a multitude of uses. The upright boards in the sagging door show its present size, accompanied by another iron wind support. If you look carefully you will see the added boards on the right side of the door shows the previous door was larger.  The short boards on the left side of the door indicate that originally the door opening  was even larger. As the buildings use changed the doors were reduced in size. 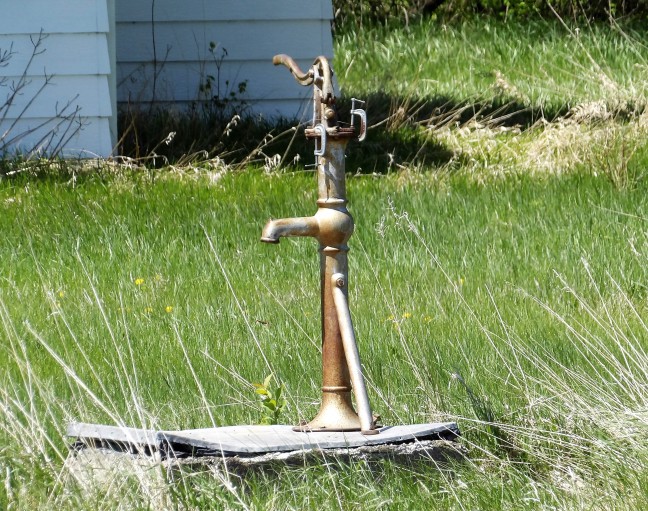 Every farm yard had at least one well with a large hand pump. The well lid is warped and getting dangerous. A tight top on a well keeps small critters from falling in and tainting the morning coffee. While the pump was last in use two clamps were needed to hold the top pieces in place.  The farm was obviously abandoned about this time and the pump never fixed permanently.  The grass has not been cut since last year. 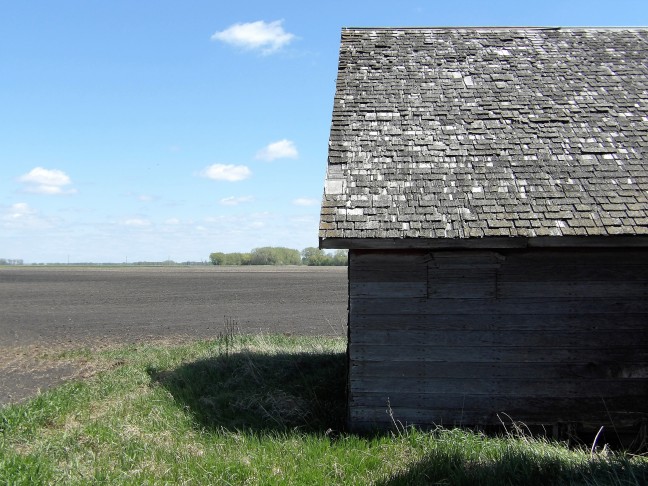 At the time the photo was taken the field had been cultivated and was awaiting seeding. The building should survives  for at least another ten years as a reminder of the orginial tenants but soon even it will be gone. The present farmer no long lives on the property.